The Verkhovna Rada of Ukraine adopted the draft bill 7273-d on the prohibition of russian music in the media space and public places. The goal of the law is to promote the development of Ukrainian music by increasing radio quotas, as well as to prohibit the public performance of Russian songs on radio and TV.

303 people’s deputies voted for this decision.

In this article, we will analyze what quotas are now set in the media space as a whole. 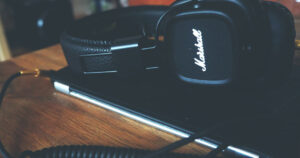 WHAT EXACTLY DOES THE LAW PROHIBIT?

This provision means that the songs of singers who are citizens of the Russian Federation cannot be played on radio, TV, entertainment facilities, public transport, educational institutions, cultural and recreation institutions, hotel and restaurant business, cinemas, public space, etc. That is, Ukrainians will no longer hear Russian songs in Ukraine, with the exception of the songs of performers from the so-called “white list”, which is discussed below.

The Security Service of Ukraine is forming a “white list” of performers from the Russian Federation who directly condemn the aggression against Ukraine. In order to be included in such a list, the contractor needs to form an Application for inclusion in a special List and submit it to the Security Service of Ukraine. Such a statement can be submitted by a person who publicly condemns the war of the Russian Federation against Ukraine (as a performer personally), as well as by the legal representative of the artist, the organizer of the tour event or the copyright holder who has the right to give permission for the use in Ukraine of works performed by such a person-artist.

The National Security and Defense Council is empowered as a body that enters into this list of executors and monitors the activities of such executors.

3. The share of songs in Ukrainian on the radio is increased to 40%; 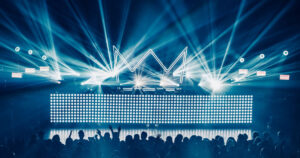 4. Increases to 75% of the daily volume of broadcasts, including news and analytical blocks, entertainment programs in the Ukrainian language;

Very often on radio or TV we hear programs whose hosts speak Russian, provide news in Russian, and so on. Now 75% of all broadcasts for 1 day (i.e. for 1 day) should be in Ukrainian. Now Ukrainians will not see any 2 hosts – one in Ukrainian, and the other in Russian.

5. It is forbidden to hold tour events, the participants of which are performers who are citizens of the aggressor state, except for those included in the “white list”;

Concerts of such pro-Russian performers as Basta, Sergey Lazarev, Philip Kirkorov, we will not see on posters now, since from now on their concerts are banned on the territory of Ukraine.

6. It is forbidden to play music, movie sounds or other sound signals in the passenger compartment of buses, except for information about the trip (sound can be transmitted to the individual headphones of passengers, and to the passenger compartment – only during irregular transportation with the consent of all passengers), as well as a ban on playing music inside a taxi without the consent of all passengers

Apparently, everyone heard the scandal in 2018, when the driver asked passengers to leave: a husband with a wife and a child, after a remark about Russian-language music? Now this will not happen. Drivers are prohibited from listening to such music, and in case of violation, citizens can apply to the National Security and Defense Council, reporting the actions of such a driver. 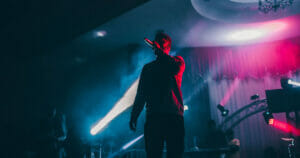 1. This means that the Russian-language songs of Olha Poliakova, MONATIK, etc. no longer play on the radio?

2. That is, the National Security Council independently forms the List of permitted artists from the Russian Federation?

No, this List will include such singers and performers who condemn aggression and who have submitted an appropriate application for inclusion in such a List.

3. That is, no Kirkorovs and Timati on Ukrainian radio?

Yes, we will not hear a single artist supporting the Kremlin regime on Ukrainian radio and in the media space at all.