Legal design – the direction of the future or the realities of the present?

Копірайт › Blog EN › Legal design – the direction of the future or the realities of the present?

Digitalization, globalization and industrialization in the world contribute to the emergence of a new kind of profession that contributes to the relief and simplification of the life of an ordinary person.

Indeed, even jurisprudence, in which only norms change from century to century, and those who write these norms have already acquired a new kind of profession.

It happened to you that when reading the document, you do not understand at all what it is written about there? Google, Yandex and other search engines cannot decipher in any way what it is about and why everything is so twisted written. And so, in connection with such frequent requests of society, a new direction arose – legal design. And as a consequence of this, the new legal profession is a legal designer. Let’s figure out who it is and why even now every lawyer is a bit of a designer.

WHO IS THE LEGAL DESIGNER? 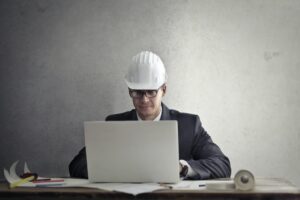 A legal designer is something between literate legal writing for a context client in a document in legal language and, at the same time, simplicity and understanding, which is written there by any person.

If it is simpler, a legal designer is a specialist who can easily simplify a sentence written in several lines in one small, meaning the same, but easier – for understanding by an ordinary person.

The legal designer can present the same idea in different ways. For example, you can say: “Please sit down!,” Or you can formulate this request as: “Hereby, I transfer to the Party all the rights and obligations and other interests belonging to me regarding the property called the chair, together with the pick, legs and back, with the right to turn, rearrange and otherwise use this property to achieve an action related to the position of the body sitting.” Does that sound terrible? So the legal designer works with documents so that the client sees in the text “Please sit down!,” And not all this voluminous text, which in essence and meaning means the same.

In short, the legal designer selects a form that is designed to express the thought as simply as possible, clearly and clearly, but to get out of the legal context.

In addition, the legal designer is capable of the opposite. It can complicate an understandable text into complex legal interpretations, thereby disguising the legal disadvantage necessary for its client for its counterparty. By increasing the complexity of the document and wrapping the necessary proposal in many legal terms, it is possible to increase the chances that the unfavorable right position will be missed by the counterparty, and will also become unnoticed simply because he will not be able to recognize it in this legal terminology forest.

WHY ARE ALL LAWYERS A LITTLE DESIGNERS? 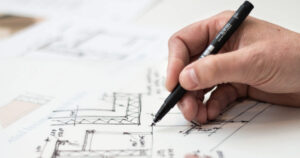 In the modern world, explaining a complex concept in simple words means making a lawyer understand the topic deeper. In addition, the understandable text optimizes the time that the client spends with the lawyer, thereby saving himself and the lawyer from unnecessary conversations about what these or other provisions in the contract indicate.

And how often, when signing a contract on the transfer of copyright and/or related rights, do you see proposals regarding how to use an intellectual property right object, which are painted with one item on 6-7 lines, when the use is meant, which can be described in 3-4 words? And very often, customers turn to us with a request to explain what this or that way of use means.

But all without exception lawyers, and especially lawyers in the field of intellectual property law, are familiar when clients come to them with a request to analyze the contract in a language understandable to him and point out the pitfalls of this legal agreement. That’s why each of the lawyers is a little legal designer, although, in most cases, he creates those huge and incomprehensible legal proposals.

Lawyers of the company “Legal House” Copyright” have long been making legal design of documents, analyzing complex contracts and creating a small text on 2-3 pages with a brief understandable explanation of the essence of the document and indicating what should be paid special attention to, and where it is necessary to defend your positions and prevent the presence of such an unfavorable legal situation in the contract.