Dog Patron: Do animals have their own rights regarding image and history?

Копірайт › Blog EN › Dog Patron: Do animals have their own rights regarding image and history?

Recently, Ukrainians and the world saw a cartoon created by an unknown author(s) about a Ukrainian dog-sapper named “Patron”. According to the authors of the dog’s official Instagram page, the author(s) of this cartoon did not get any permission to use the dog’s image and/or Patron’s story. Consider below whether the cartoon was legitimately created and whether the author(s) really had to obtain permission to use the image and story of the dog “Patron”.

Does the dog have the right to his own image? 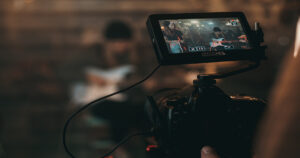 However, an animal cannot be equated with things even in the philological analysis of the given position, because there will be a certain tautology: a thing to which the legal regime of a thing applies. In Art. 177 of the Civil Code of Ukraine, which lists the objects of civil rights, states that “… objects of civil rights are things, including money and securities….” Obviously, if animals were classified as things, they would be included in the list.

But the most important thing that makes us understand this interpretation of the “animal” is that it is not the object of civil law. This means that the animal cannot have any property and/or non-property rights, including rights to its own image.

It follows that the use of the image of an animal does not require any permission, both from the dog and from the owner of the thing (because an animal, as we pointed out above – is a thing).

And what about the story of the dog Patron? 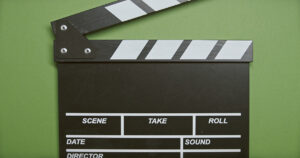 The answer to this question lies in the nature of copyright. Hence, copyright protects works as forms of expression, not the protection of ideas. This means that, for example, the general plot of a literary work cannot be protected.

A good example to explain this phenomenon is the story of how a person enters another “magical” world by going through a mysterious door. Such a plot cannot be protected. It can be used by different authors to create their works. However, if the same plot is expressed in the form of a story or play, then this form of expression will be protected. Thus, the series of novels “The Chronicles of Narnia”, written by Clive Staples Lewis can be considered a creative expression of the described plot. However, other authors have the right to use it to create new works.

The same here. The story of a dog that helps the military defeat the enemy can not get protection, so the use of history in this case is legitimate.

That is, anyone can take a photo or video of my favorite dog that I posted on the Internet and do anything?

And again incorrect. The photo in which you depict your pet is copyrighted and protected by copyright. To use such a photograph, you must obtain permission from the author of the photograph to use the photograph.

I understand that it is impossible to protect the copyright of your pet? 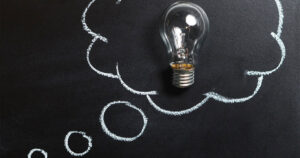 This is also not the case. The law, of course, will not directly tell you how to protect your pet, but we will suggest some possibilities:

And yet you can do so, but there are some nuances. To protect copyright, you need to create a literary or audiovisual work and think about the main character – your pet. It is necessary to specify the description of the animal, features and then your pet with the characteristics described by you will receive protection, as copyright protects both the whole work and its part (in our case, the main character of the Patron – your pet). You can also protect by registering a character as a work of fine art – this will also protect exactly the kind that you can give your character. It is very important that a simple description of the breed will not be able to protect the dog)

You can register your pet as a trademark. In this case, protection will be provided in accordance with the classes of the ICGS that you register for your trademark. But such a trademark must still meet the relevant criteria, but you can read about it in our article (Trademark registration). It is important to note that such a TM may not be registered, as the designation may not pass the qualification examination on the grounds of misleading the person who manufactures the goods or provides a service or even non-compliance with public order.