In the modern world, the issues of legal regulation of intellectual property created using artificial intelligence are controversial. Traditionally, ownership of computer-generated works has not been questioned because the software was simply a tool to support the creative process (analogy: pen and paper). Creative works are subject to copyright if they are original, with most definitions of originality requiring a human author. But with the advent of the latest types of artificial intelligence, a computer program is no longer a tool; he actually makes many decisions related to the creative process without human intervention.

Can artificial intelligence have copyright? 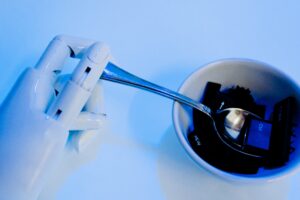 Artificial intelligence is already being used to create works in the fields of music, journalism and gaming. There is even a theory in the world that such works could be considered free from copyright, since they are not created by a human author. As such, they could be freely used and reused by anyone.

But, most authors and world companies absolutely do not agree with this version. Imagine investing millions in a system that generates music for video games, only to find that the music is not protected by copyright law and can be used by anyone in the world without paying.

In today’s world, there are two options where copyright law can protect copyright in works where there is little or no human interaction. However, the law can either deny copyright protection to computer-generated works or attribute the authorship of such works to/or the creator of the program. Therefore, can artificial intelligence have copyright? As of today, the answer is no.

What do the leading countries say in this area?

In the United States of America, the Copyright Office stated that it “will register an original work of authorship provided that such work was created by a person.” This position stems from case law (e.g., Feist Publications v. Rural Telephone Service Company, Inc. 499 US 340 (1991)), which states that copyright law only protects “intellectual products” that are “based on creative ability mind.” Similarly, in a recent Australian case (Acohs Pty Ltd v Ucorp Pty Ltd), a court ruled that a computer-generated work could not be copyrighted because it was not created by a human. 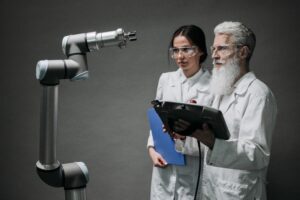 In Europe, the Court of Justice of the European Union (CJEU) has also repeatedly stated, notably in its landmark Infopaq decision (C-5/08 Infopaq International A/S v. Danske Dagbaldes Forening), that copyright only extends to original works and that originality must reflect “the author’s own intellectual creativity”. This is usually understood to mean that the original work must reflect the identity of the author, which means that a human author is necessary for a copyrighted work to exist.

UK Copyright Law, Section 9(3) of the Copyright, Designs and Patents Act (CDPA) states that “In the case of a computer-generated literary, dramatic, musical or artistic work, the author is deemed to be the person who took the action needed to create a work.

Judging by some precedents, this issue can be resolved on an individual basis. In the English case Nova Productions v. Mazooma Games [2007] EWCA Civ 219, the Court of Appeal had to decide on the authorship of a computer game and stated that the player’s contribution “is not of an artistic nature and he did not bring any skills”. Thus, considering the user’s actions on a case-by-case basis may be one possible solution to the problem.

What about agreements with artificial intelligence? 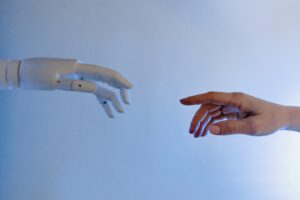