Responsibility for violation of the curfew

Копірайт › Blog EN › Responsibility for violation of the curfew

A curfew is a ban on people staying at a certain time (as of March – from 21:00 to 06:00) on the streets and other public places without specially issued passes and certificates.

Who issues passes and certificates?

Passes and certificates are presented by the military commandant’s office. It is the passes that allow you to be on the street during the curfew. Passes issued by the commandant’s office are valid only within the territory where the curfew has been introduced. To travel to settlements, citizens must always carry an identity document with them, make sure that this document is available, because mobile applications can be unstable.

Who checks the passes and credentials of such persons? 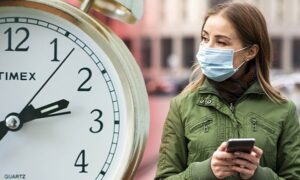 Checking documents and, accordingly, establishing the legality of being on the streets and in other public places during the curfew is the power of patrols. Who enters the patrols is decided by the local authorities.

Such patrols have the right, in particular:

What is the responsibility for violating the curfew?

Failure to comply with a lawful order or demand from the patrol is punishable by a fine, community or correctional labor, or administrative arrest for 15 days.
If the violator resists, he faces a fine of UAH 17,000-34,000 or imprisonment for up to 5 years. In addition, I emphasize that liability is provided for spreading false rumors that can cause panic among the population or disruption of public order – punishable by a fine or correctional labor.