Rights in show business: why do stars leave producers?

In show business, as in any sphere of entertainment, the artist and his promoter, act as the only camp in conquering the star Olympus. Although many performers declare their departure from labels and independent swimming. What is this related to? On the one hand, artists are young and ambitious, so there is often an elementary “stardom”: after the first or second clip, the singer decides that the level of his talent already exceeds the knowledge of the producer. On the other hand – initially incorrect and often illegally built relationship “producer-artist” give specific cracks in the period of monetary deficit. Consider the most common situations of such dark agreements.

Situation 1.
“Vania, I am yours forever!” 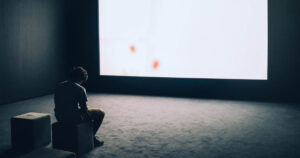 The most popular case when the Contract is made on such conditions is the hopelessness of the Young Artist there is no one to hope for, and he grabs the first opportunity to gain a foothold in the world of show business. Such young and naive people sign any document, almost without looking, and blindly trust the producer everything, including their own lives. A similar situation is when the Contract is signed with a more knowledgeable artist, but not quite in the working environment and the conscious state of the artist. Attachments from the producer, his amount of work in such documents are often described if not minimal (and for this say thank you), then somehow vague… But the obligation of the artist, up to who he has and does not have the right to spend days and nights, is quite detailed. It is also quite clear that the article of distribution of income from performances of the artist, which at best is 50% 50%. At worst – 10 percent of the concert. For example, one of the well-known artists today for 5 years worked for a producer (it is for a producer, and not for himself and his creativity), receiving after each concert – 100 USD. in the pocket!.. How? Sweet? That was exactly 20 percent of his fee. Moreover, the artist was looking for money to shoot video clips himself, because the producer answered any requests and rational arguments simply and briefly: there is no money.

How much and how often to allocate money for the development of the project is the will of the producer, not regulated by any clauses of the Contract. Often at the beginning, the producer puts quite decent, sometimes even “obscene” sums in the “promotion” of the artist. This happens either from blind excitement or from personal interest to impress the young star with their capabilities. But the money is not reflected, the excitement fades, and the situation occurs when the artist enters the producer into such a debt that the “office” stops issuing even meager interest for concerts. It is good when the salary of the artist for working in the holding is provided. This is practiced by producers who are afraid that one concert the artist will not be fed. But, there are also cases when the accounting department does not issue this money! In such cases, the answer to all questions is very concise: “I’m sorry, dear artist! There is no income from you, so your salary has gone into repayment. ” It turns out, if there is an interest – the promoter trashes in front of a young star with money, shoots an incredibly expensive first clip, gives money for rotation, makes 3 glamorous photo sessions, drives to expensive places and all this -… not on business! Because all this is from the enthusiasm of feelings, not from the rational mind. Business doesn’t do that. And, once the artist understands this and decides to look for another specialist for his “promotion,” he will be put before the fact that even what has already been done: his stage name, recorded songs and the video clip, under the terms of the Contract, he does not belong to! Moreover, he will “come” the office of the producer about the return of money that was invested in his “promotion.”

And of course, legal advice – carefully look, dear artists, what documents you sign with the producer. If you are not sure about the terms of the Contract, take a time-out and give the opportunity to familiarize yourself with the documents of a lawyer or call him at a convenient time for you for advice on how to be and what to do. If you do not have a reliable lawyer (or do not allow such a hire), at least require the producer at his expense to the notary to officially legalize and confirm your rights and powers to the producer. The notary will not be able to certify illegal agreements, as it will be liable for such an action, including criminal ones.

Spend your first fee not on beautiful jewelry, but on competent legal advice. At the beginning, a serious approach to your creativity and paperwork will serve you as a good PR and advertising of your creativity! 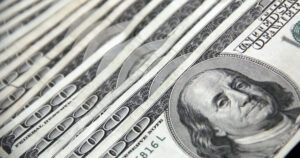 There is another option, when the artist invests in himself (with the help of wealthy relatives). And the producer, according to his knowledge of “promotion,” this money is advisable to invest in the project. The most common situation is when the artist in advance is calculated a plan for its promotion on the market of thousands of 200 dollars. Moreover, at least half of this amount must be made in advance, since everything is calculated! The amount is given, time passes, the artist remains an artist, but does not become a star… And in response to the question of where the money went, and why he has not yet “mega-star,” the artist learns that everything was spent according to the plan, but only he himself somehow did not try and is not quite talented, so the project did not work! Moreover, the rights to the material created again do not belong to him. Why does a producer do that? The answer is simple, like a piece of orange: to “careless” artist 200 times thought, “corrected” and invested another tidy sum. These are all situations in which the artist is right in his own right. Why in your own way? – Because you need to understand one thing: show business is also a business, not a fairy tale. And here just packs of money the questions of public love are not solved. And, if the result is really important, then it becomes the goal of the whole team – both an artist, a producer, a PR specialist, and even a courier! The artist should not think that everything is decided for him, and then no one can cheat him. Another artist should really be talented and work, and not “with a business view” to go to beauty salons and go to restaurants. Because there is the other side of the coin.

In this situation, legally savvy artists, as well as their investors, will win and guarantee a positive result when investing in the project. In any case, the lawyer will help to make an agreement between the artist and the producer about the funds spent last, the timing of the implementation of creative plans and mandatory written reports on the amount spent in the interests of the artist. And do not forget about the preservation of copyrights to write, for example, the same artist, songs and related rights to phonograms. It is also worth paying attention to the registration of the artist’s name (pseudonym) as a trademark in the prescribed manner. And the questions of the audience’s love are checked by the ordered predictions of the artist’s creativity, which are official confirmation of information and can not compete with the producer’s stories!

Situation 3.
“Producer in all extreme!” 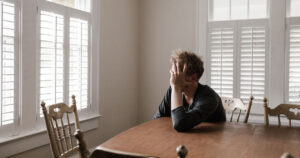 … For example, the artist and investor come to the producer and conclude an agreement on the provision of services for “promotion.” The producer takes a very acceptable salary for his work, trying to save the money of his ward or ward, and then faces the fact that the relationship between the artist and the investor, to say the least, “not quite business” and that the whole business depends on such relationships. But the result will require the producer! This option is also possible: there is no relationship between the artist and the investor, but the artist is an amateur to drink, do nothing, etc., which spoils the image of the producer and relationships with people in the professional field. However, the producer has already “signed up” to work with him, and therefore is responsible for the success of promotion to the investor. And the investor, for example, turns out to be “too business” and climbs with his business offers for promotion, although he is very far from the sphere of show business. And the artist himself is an ordinary visitor, who first listens to his investor, and then professionals!… In any of these situations, the producer will have to be responsible for all articles.

And here legal guidelines will be very appropriate. First of all, you need a competent drafting of a trilateral Agreement: an artist-producer-investor, where to prescribe all absolutely conditions of cooperation. Accept the work done in the form of Acts, and support the monetary conditions with approved estimates. In terms of the Agreement, provide for clauses on termination of the Agreement and revision of its conditions in the periods stipulated by the parties.

Also, do not forget about the notarization of the Authority to represent the producer of the interests of the Artist and if you need an Investor. In this case, it does not matter whether it is a public or private notary.

And of course, each particular case requires individual consideration and therefore it is ideal that all questions regarding the documentation and resolution of issues of the activities of the parties are agreed and thought out between professionals in this field – lawyers (preferably also specialists in the field of intellectual property and show business rules)!